This first Technic project after leaving the LEGO Group in 2008 was my vision of what the next Technic Supercar could look like at the time. Mainly inspired by the last real LEGO Supercar 8448, a set that I unfortunately missed out on, the idea was to upgrade this design to a more modular and customizable model, similar to how real cars are built up. At the same time it had to look modern and fresh, featuring the most recent building techniques. The idea was that this model should not be seen as a finished product, but provide a basic package of a car that would hopefully stimulate and inspire others to modify everything to their own wishes.

To design in functional modules involves quite a bit of planning. Not only does each module have to be rigid on its own, but in the end all modules have to interact and connect with eachother as well. Normally one would start with the drivetrain and different mechanisms, but in this case all the parts had to be developed in parallel; changing something in one module often leads to changing something in other modules as well. To make things even more challenging I wanted to design the model in a similar fashion as official Technic models, keeping the parts count low, without jeopardizing both functions and looks. This meant constructing a so called unibody, a self carrying carrosserie that would fulfill both functional and aesthetic purposes at the same time. Once it was clear where modules would connect, surprisingly it didn’t take that much time to work everything out. 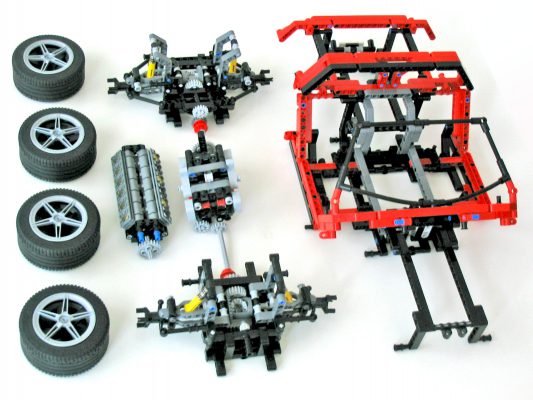 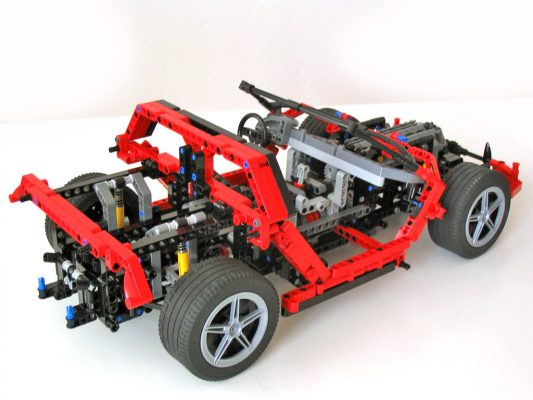 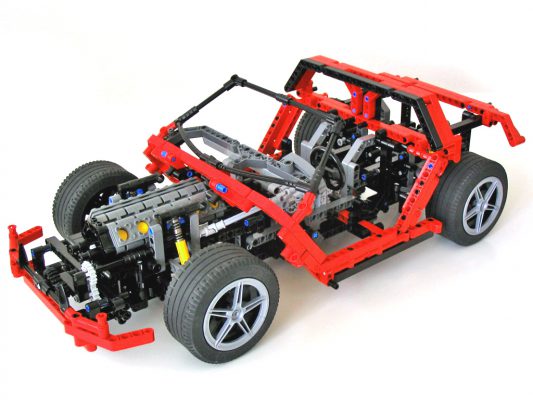 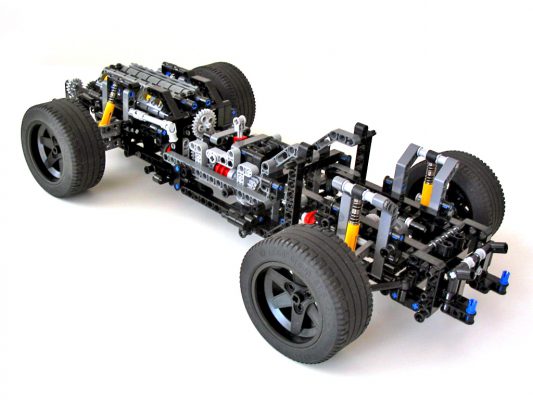 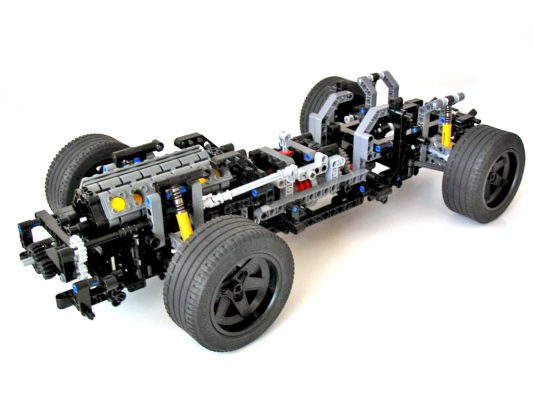 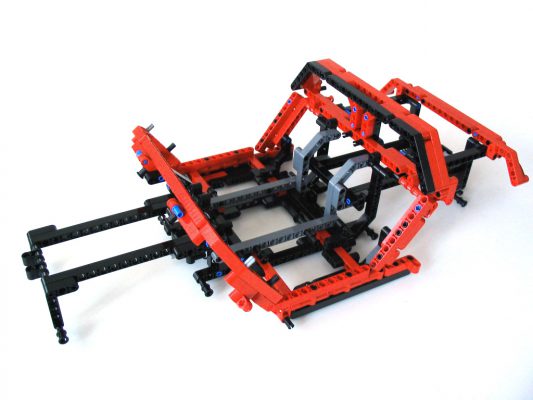 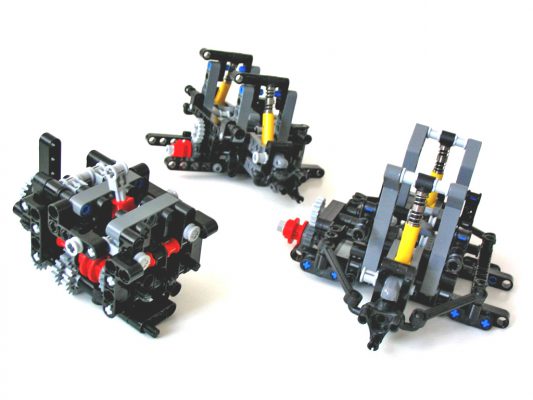