This is a prototype of a chassis for a new Technic Supercar. Work in progress…

The last few Technic cars that I built all had the engine in the front. However they could not be considered real supercars because those are mid engined. Besides putting the engine in the middle, the other objective for this project was to implement more realistic working features.

For example the gearbox was moved directly between the engine and rear axle, with a linkage system connected to the gear shifter. The gearbox itself also has more realistic gearings with correct placement of the 6 speeds, of which reverse positioned at the bottom right. Credits go to Paul Boratko for this configuration, which formed the base of mine. However a big difference and as far as I know a unique feature of this model is that the gearbox is positioned vertical instead of the usual horizontal layout. The benefit is that this configuration takes less horizontal space, putting the engine closer to the rear axle. Another advantage is that the bottom can stay entirely flat, and could even be completely closed, without gears sticking out. There is however no space for putting HoG (hand of god) at the rear end.

The shifting plate below the gearstick makes the necessity of several axles to the gearbox absolete and should also make it impossible to select multiple gears at the same time. The systems works pretty smooth and is quite reliable, even though sometimes the driving rings can get misaligned. Not sure if this can be solved with a slight change of the geometry, but it seems like this is just a byproduct of the play in the system.

Another new feature compared to my previous cars, is the more realistic geometry of the front axle among which caster angle, kingpin inclination and ackermann steering. This also means that the wheels automatically return to center position. Furthermore to lower the point of gravity the shocks at the front are positioned at the bottom in an almost horizontal arrangement.

The model already went through several iterarions and redesigns, but still isn’t fully optimized yet, partly because of the lack of a body/ carrosserie. Final result. 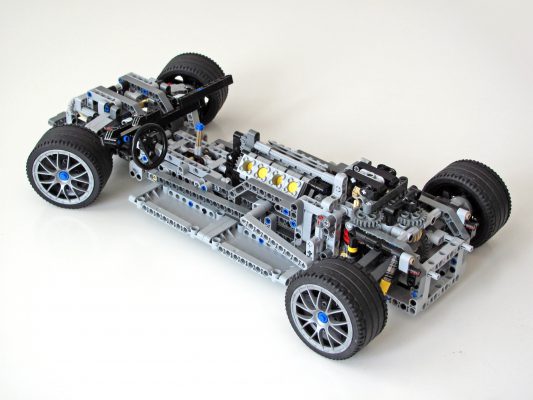 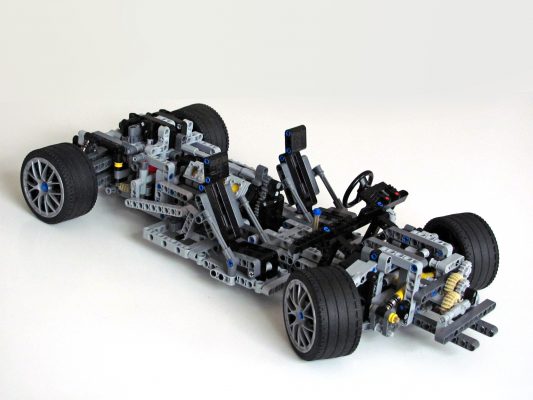 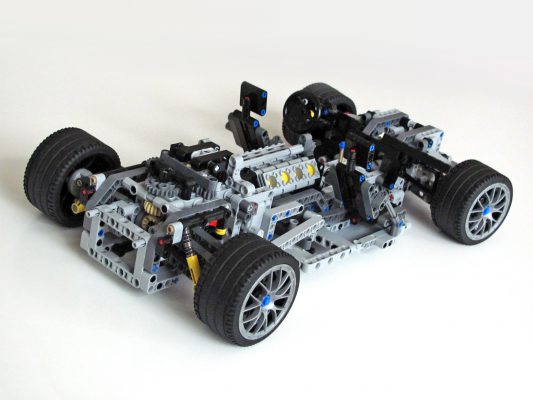 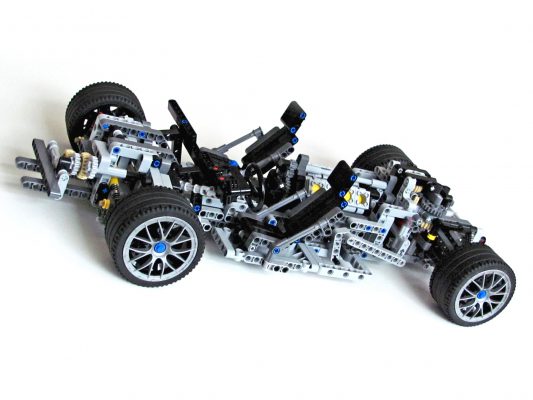 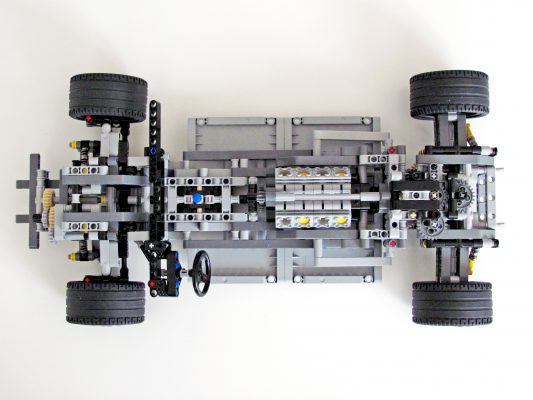 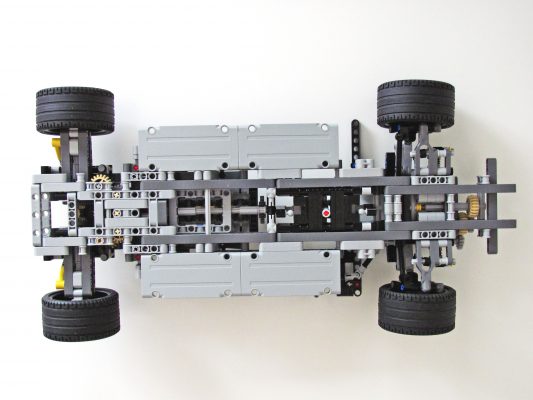 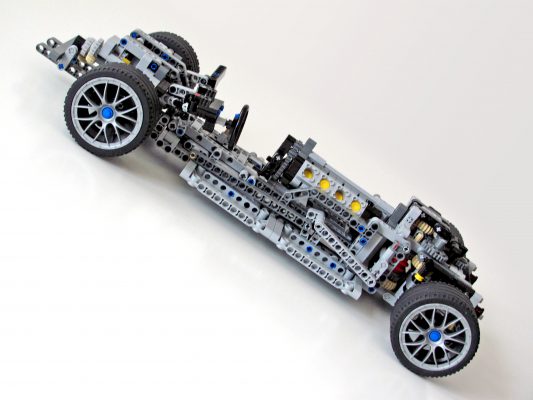 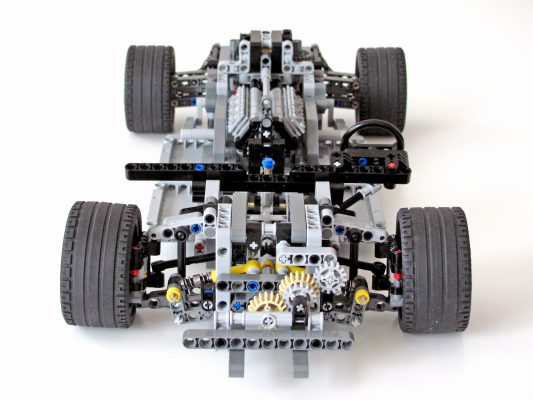 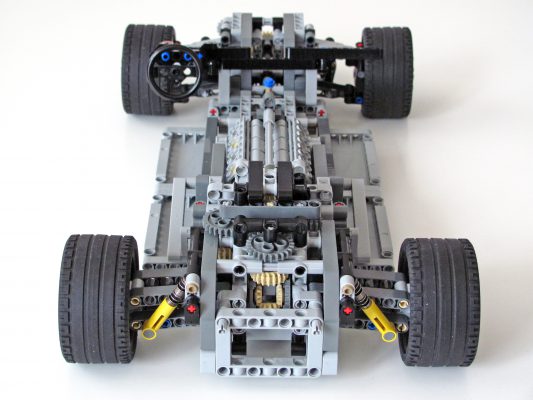