This Street Rod is an alternative model from set 42000. 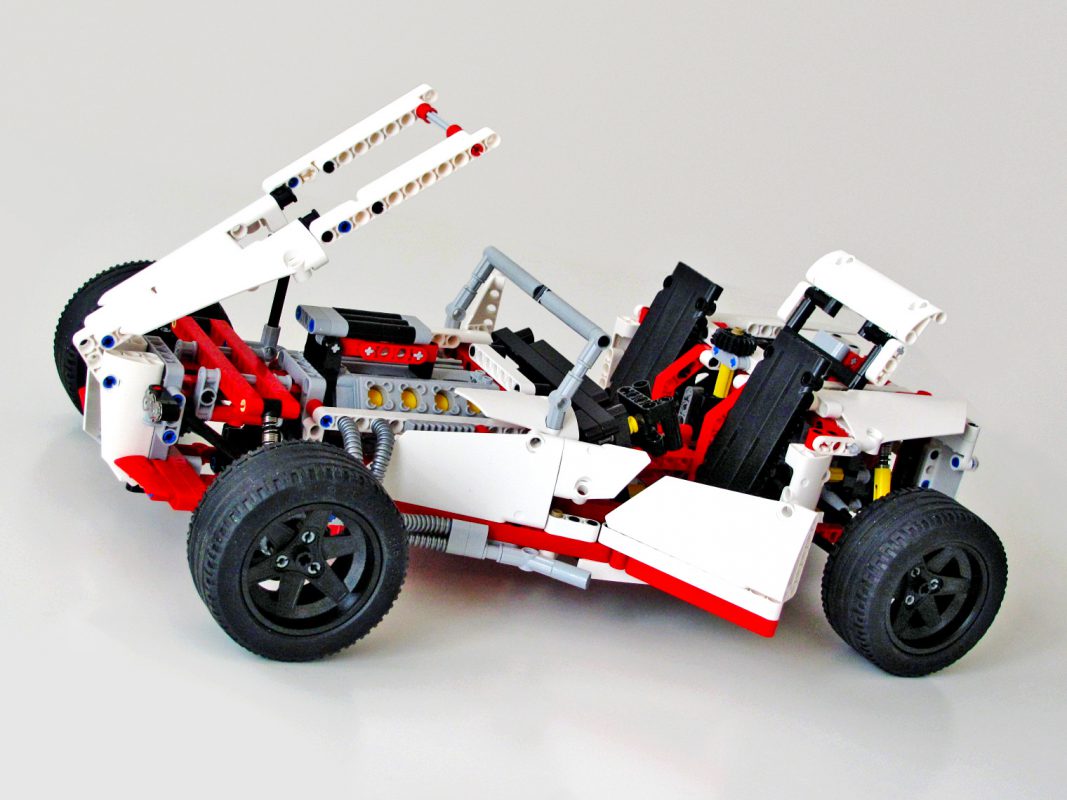 It’s been a while since I created an alternate from a Technic set. The first one I did was from set 8458, a Technic Formula 1 car. So why not try to build one from the most recent incarnation this time, the 42000 Grand Prix Racer? The idea was to make some kind of Rod with full suspension, piston engine and working steering. If other features could be included, that would be a bonus, but not necessary. Most important is that it looks good and that all the functions work well.  Of course it would be nice if many pieces are used, but they should not be forced, just for the sake of it. It’s better to have a clean looking model that is properly engineered, than adding a lot of extra bits that do not contribute a lot to the structure or functions.

Designing frontaxle was the first thing to do, closely followed by the rear axle. Both needed to be suspended, which is a bit of a challenge, but besides, the front axle needs steering, the rear axle a drive train. To differentiate the layout from the official model, the decision was made to put the V8 engine right behind the front axle, to create some sort of Rod. At the same time I wanted to have both a working steering wheel and HoG (hand of god) option. So at this point I had to design and construct the mid section, creating a solid chassis.

Besides connecting the rear axle with the engine and the HoG at the back with the steering rack, this also meant reinforcing the framework enough so it could cope with the forces when the suspension is at work. Once the functions worked properly, I started to think of ways how perhaps to include some mini linear actuators. I was able to encorparate one in the back, but I couldn’t think of a simple way to use others for the doors or engine cover without completely having to jeopardize the rest of the construction.

So because they were not worth the effort, they were left out and opening the doors or engine cover should be done manually (like in real life). At this point I concentrated my work on finishing the body. Having quite a few pieces left and not being staisfied with the big hole in the bonnet, I finished with adding the shaker scoop on top of the engine. See here the final result, which took me maximum 15 hours to build. (4 days, between 3 and 4 hours a day) 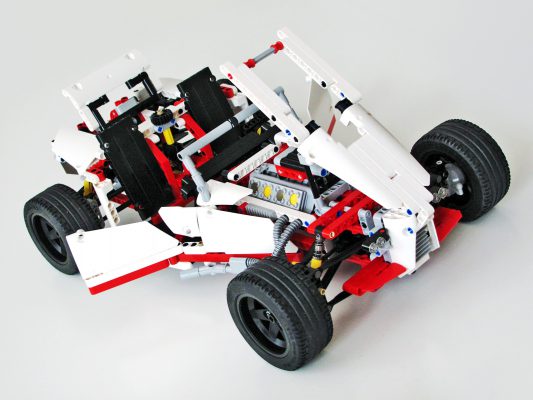 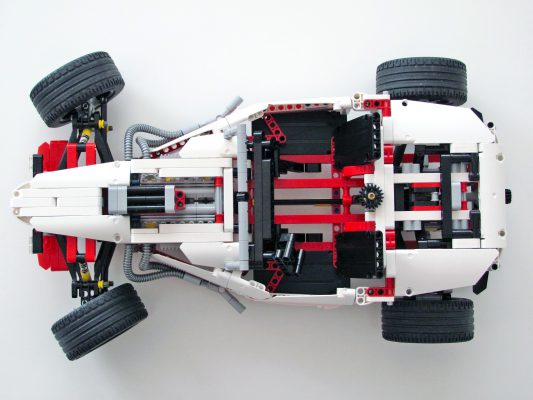 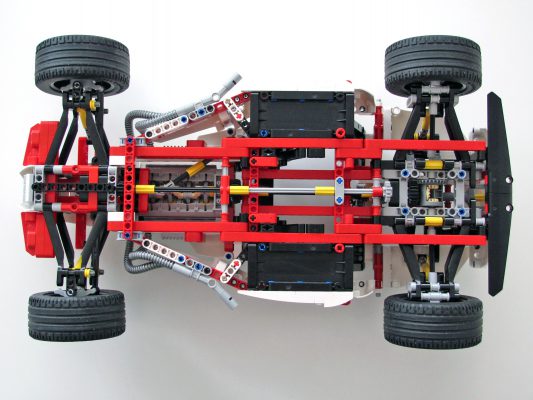 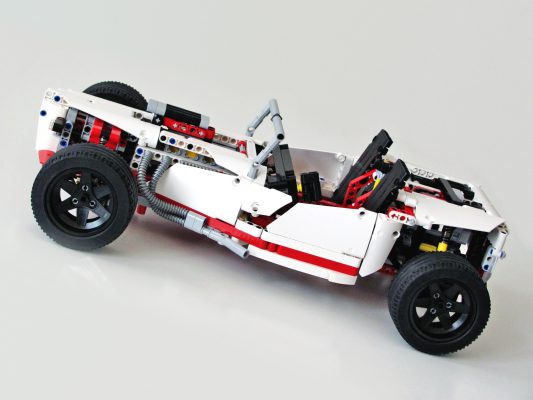 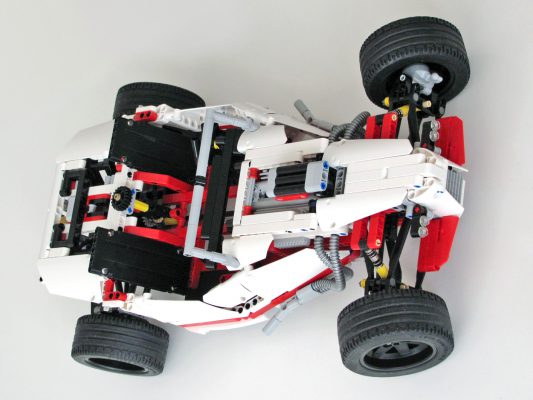 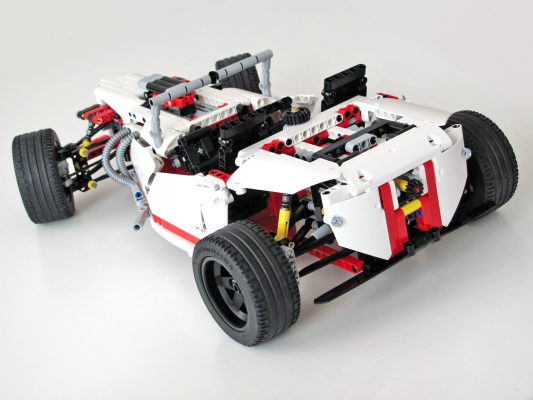 Due to a lot of interest I created instructions on how to build this model. They are available for a small fee at MOCplans.com,or if you don’t like to sign up and be online when viewing you can purchase and download a .pdf from here.

One thought on “Street Rod”