This is my first official commissionary project where the request was to build a replica of the Renault Sport F1 2027 visionary concept on a scale similar to the Creator F40. It was designed and built in a little over a week in my spare time due to a very tight deadline. It was agreed upon that the model would be delivered in LDD, a format which I rarely use, so I had to get myself familiar with that too. Furthermore there was a good chance that this model would be produced in small numbers so I couldn’t use extremely rare parts that were hard to get and expensive.

Because I can neither expect that the model will be exclusively seen as a display model, I also had to make sure that the structural integrity would be of high quality. If it was not for the fact that the RS2027 has a very sleek and slim shape this would not have been a big problem. However, because this was the case I had to use some advanced building tricks to get a solid structure. Having much knowledge and experience with the Technic building system I first tried to create a solid frame with this medium. This resulted in something that I found too bulky looking especially around the monocoque area. So then I experimented more with System bricks. It might sound strange, but I was able to achieve a solid structure with mostly System bricks in the end by applying much of my knowledge from the Technic system. Ofcourse I had to combine this with SNOT techniques as well. The final solution turned out pretty well in the end.

Once there was a solid platform to work from, it was time to shape the rest of the vehicle. The slanted side pods took some tries to get right. I wanted to have a solid solution with all parts fixed, but it was clear with the first design that some parts were under a lot of stress. After a proper analysis of the geometry and the reason why this configuration caused stress, a simple yet effective alternative was created that locked the angled parts in position.

The official model I perceive as a mixture of Renault, Batman, and Tron, mixed into one awesome looking, retro futuristic, high performance vehicle. I wanted to convert that feeling into this model. No blue prints were available so I had to do it with a bunch of photo’s. Truth be told, I hardly use blue prints because then the focus shifts towards accuracy instead of perception, the latter I personally find much more important. There is an interesting phenomenon behind this, that if we scale something up or down it will be perceived as disproportionate. So my philosophy is that if something looks “right” it is right and I care little for accuracy. A comparison where the white lines represent the brick built version shows the similarities and differences. Not too bad after all… 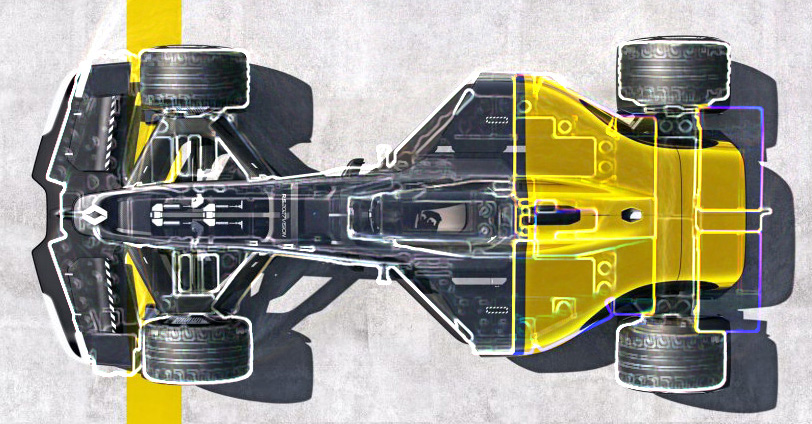 Some might also question why dark gray parts were included in the design, because the colors on the real model seem exclusively black and yellow. The explanation is that a lot of details get lost by only using black, and besides I wanted to show a differentiation between the painted parts (black) and the naked carbon fiber parts (dark gray) to a certain extent. So again the reason is visual perception.

This was a very exciting project to work on, despite the tight deadline and the fact that the client persisted to change some small details in the end. Because it has been exclusively designed for this commissionary project I’m not allowed to share any further details or instructions, so please respect that. 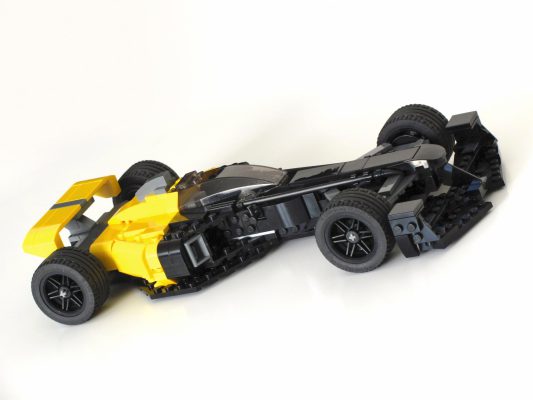 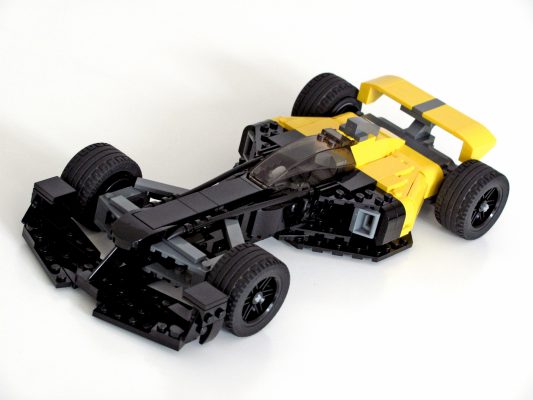 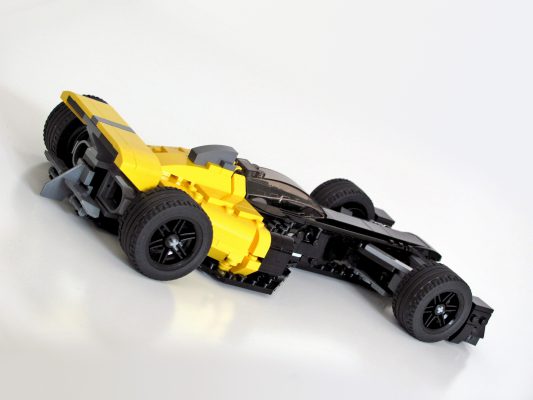 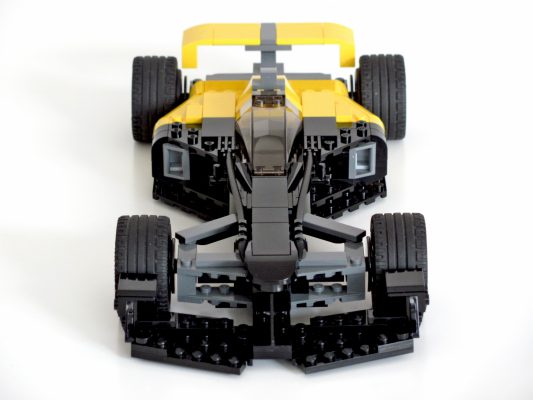 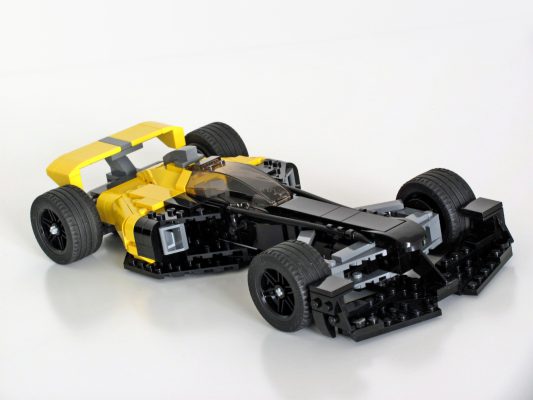 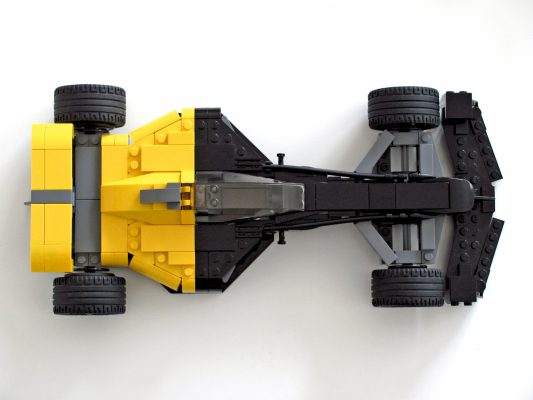 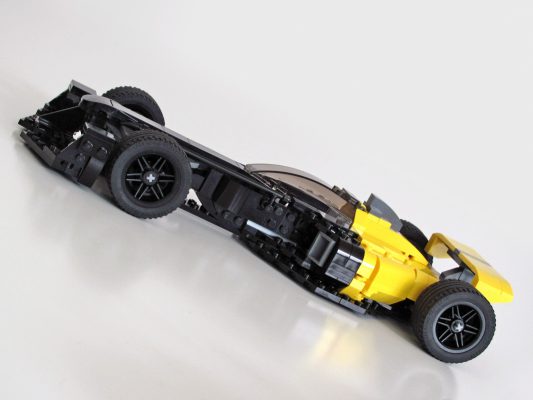 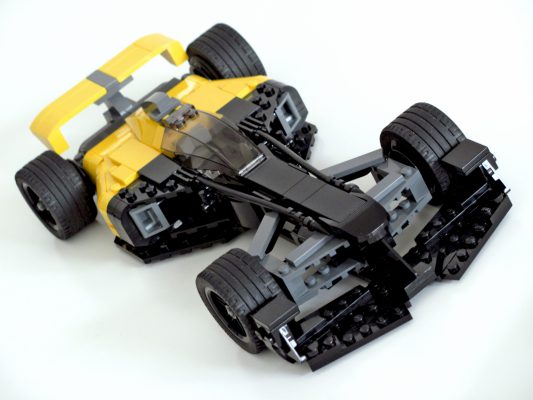 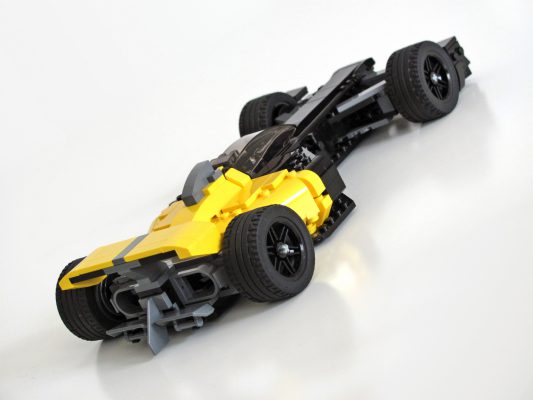 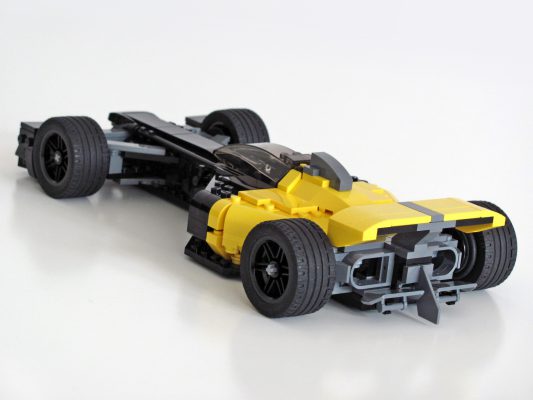 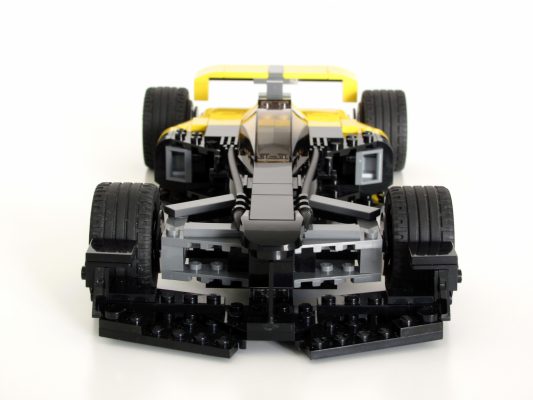 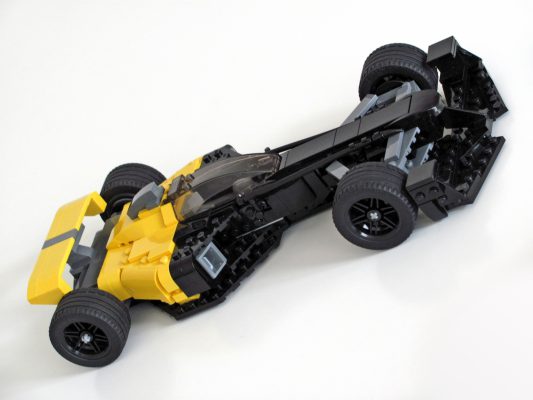 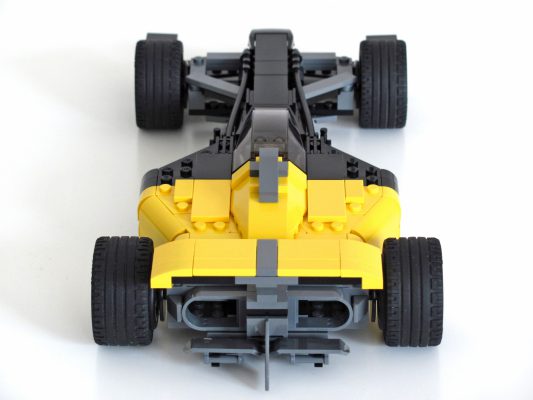 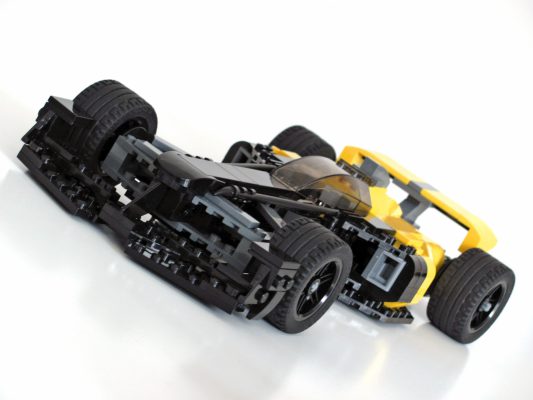 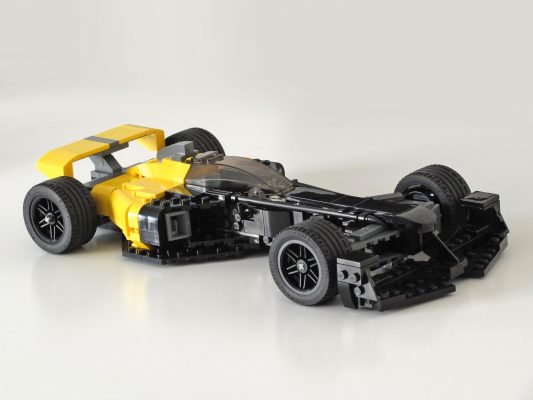 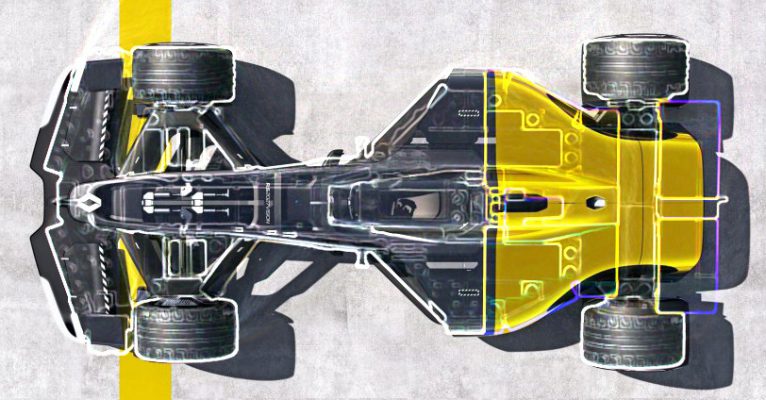