This Offroader was built for the alternate model challenge on Brixtar, a former mobile platform, and it won first place overall. I really wanted to use all the wheel arch pieces, but in a slightly different configuration. The 90 degree rotation led to the design of an offroader where the wheelarch continues from a vertical arrangement to a horizontal one, giving both front and rear a fluent round shape. An offroader would also be a much more suitable vehicle to go to the beach with than the original Beetle.

A similar structure was used as the original model to give the model a strong chassis, but of course due to the higher ground clearance and large suspension travel of offroad vehicles the rest of the carrosserie had to start higher. The model was mostly developed from outside to inside, meaning that both the interior design and the engine where some of the last parts to be added. The final part however was the one that gave me most trouble; the design of the engine cover. It was difficult to come up with a design that fitted the rest of the bodywork, but I’m rather pleased with the end result. It’s still possible to include the original surfboard as no pieces of the board were used in this model. 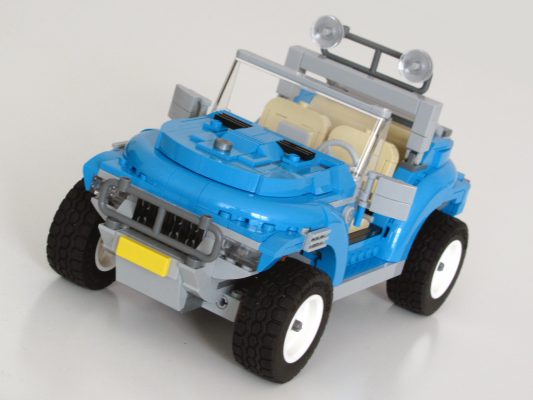 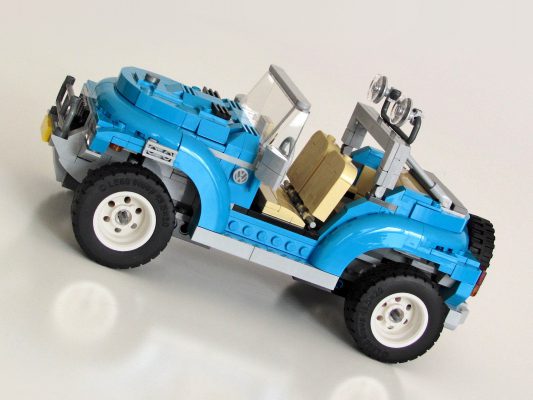 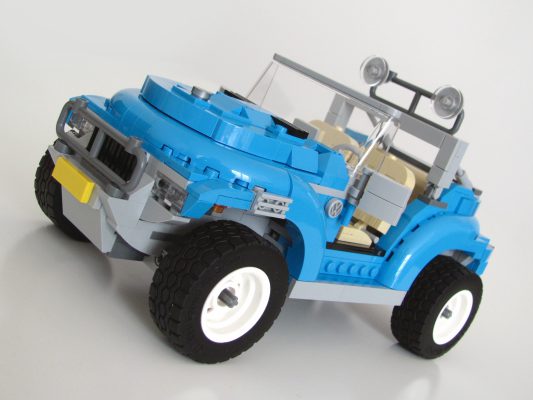 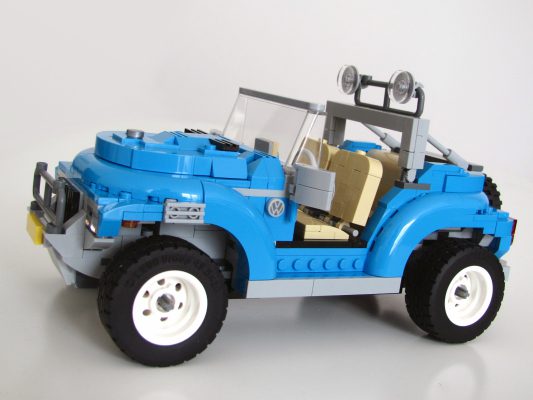 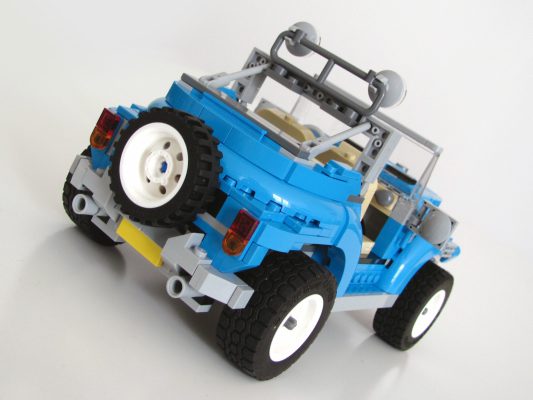 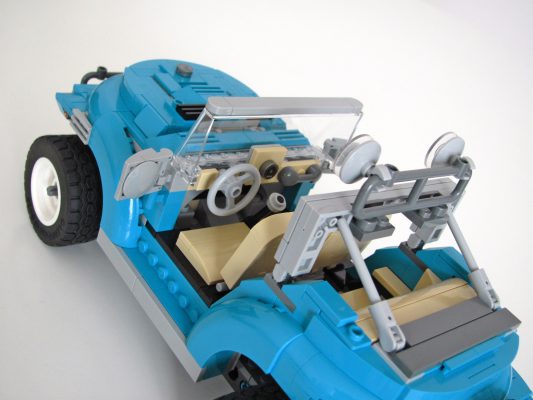 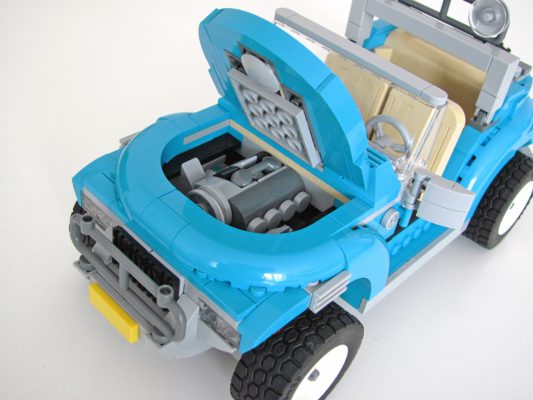 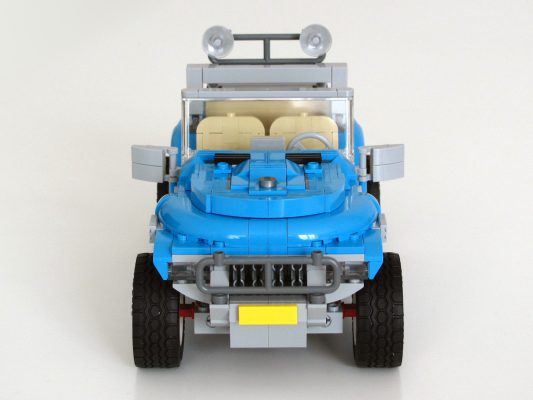 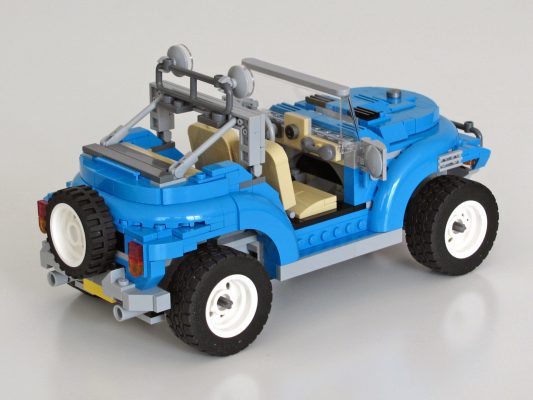 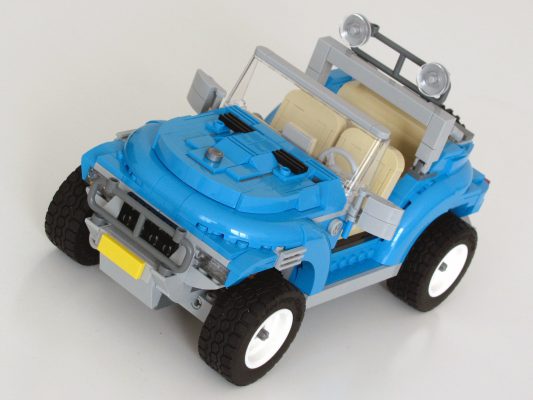 Building instructions are now available for a small fee through Rebrickable. One thought on “Offroader”