Early 2012 this project started as a type of car with full suspension, perhaps to be driven by Power Functions. This led to the idea of using a rear live axle suspension with similar geometry. If no independent suspension was going to be used on the back, this meant that this car could become smaller than the usual 1:10 scale supercars, and therefore would also require smaller wheels. The decision was made to opt for the popular truck wheels 62.4 x 20 which are more accurate in width than most other wheels. Another advantage is that due to the assymmetric rim, the pivot point for the steering can now get closer to the center of the wheel, which means that more realistic wheelarches are possible.

Over time the challenge was adjusted to design a smaller sized supercar, including gearbox, working steering wheel and hand of god control on the back (which meant going past the gearbox). The choice was made to go for a 4-speed geabox to avoid ending up with a center control unit way out of proportion.

Some pictures of the first complete chassis: 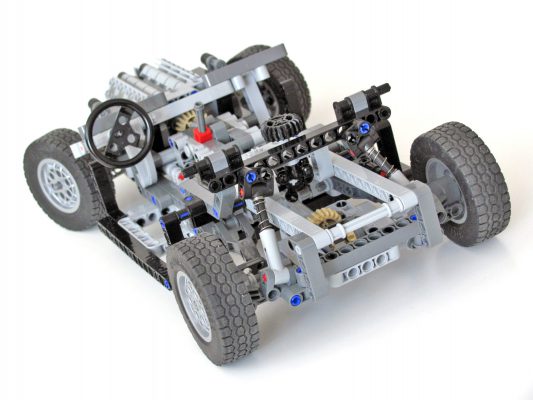 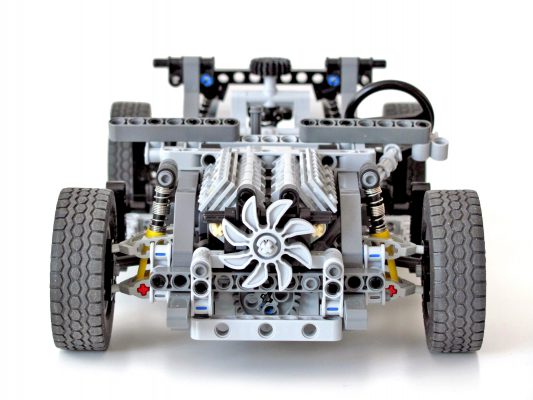 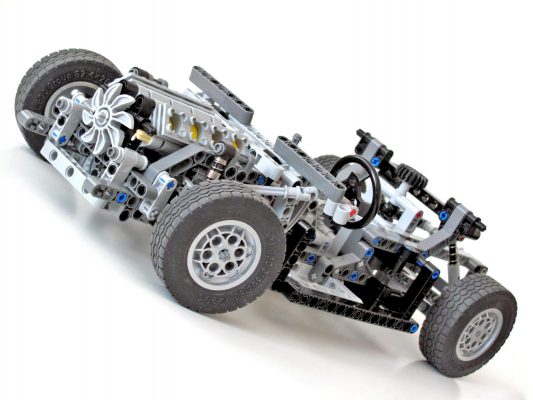 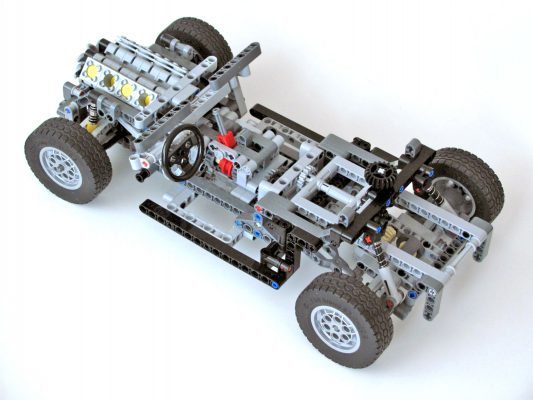 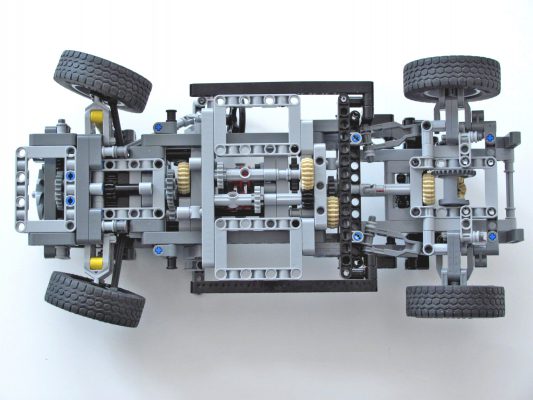 Next part was to get the body done. This took a lot more time than anticipated because, besides having to wait for certain elements, designing an aesthetically pleasing model was a big challenge. The wheels and chassis configuration did not suit well for a sporty supercar, but were instead more appropriate for some kind of muscle/ pony car. Different than super sportscars, those vehicles do not have features like integrated bumpers, wedged front-ends, diffusers, side skirts and spoilers, but are quite boxy although sophisticated. To replicate this refinement in Technic made this model the hardest one I have designed so far, with a lot of small variations to get the transition between surfaces just right. Some people who build Technic do not care much about aesthetics, however I actually believe that just doing the mechanics is only half of the work. Merging engineering and aesthetics is to me the ultimate challenge. 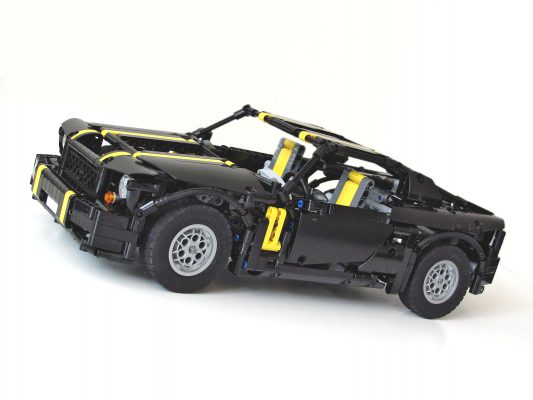 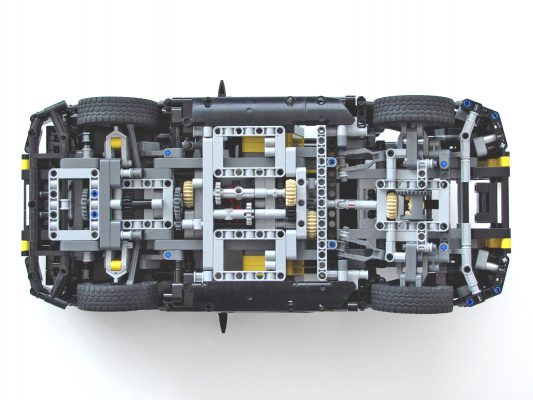 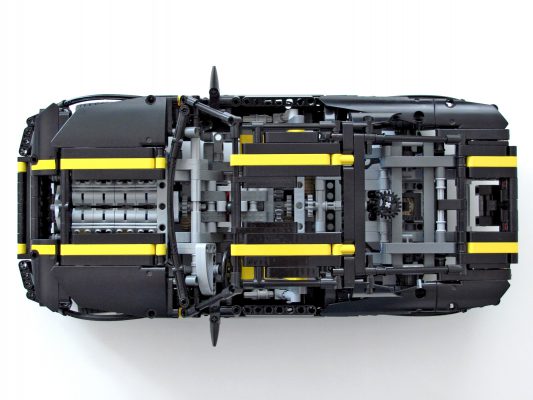 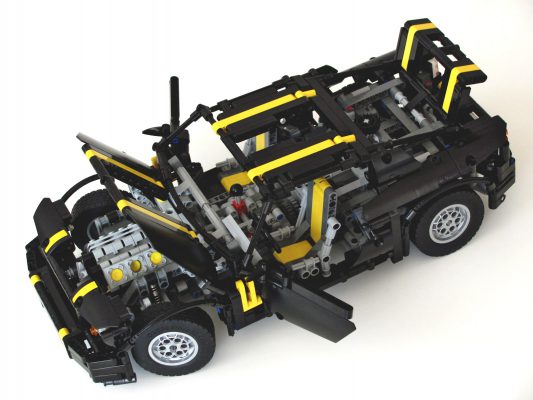 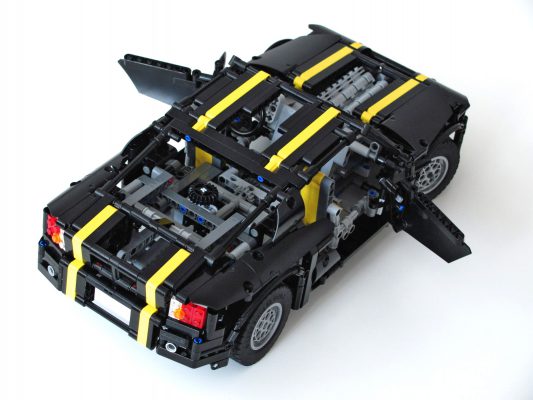 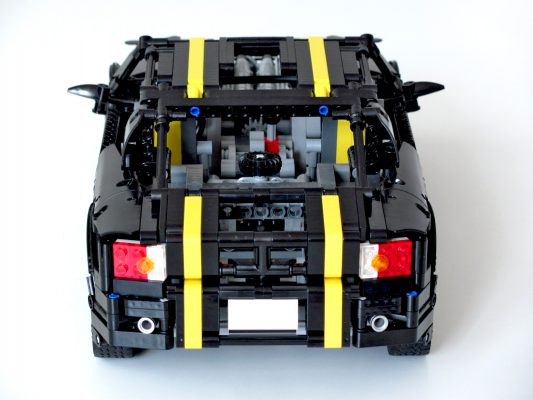 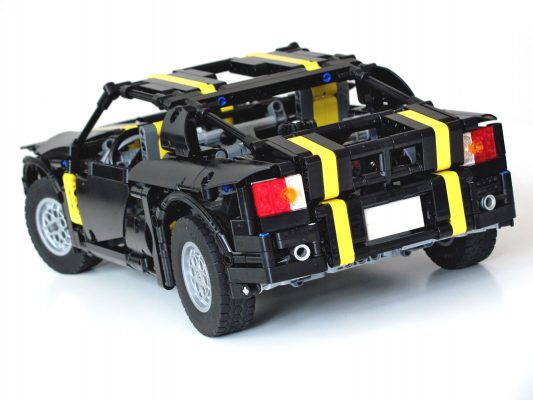 Black is nice, but what would it look like in red? Some small design changes were made in use of parts and colours to get a satisfying result: 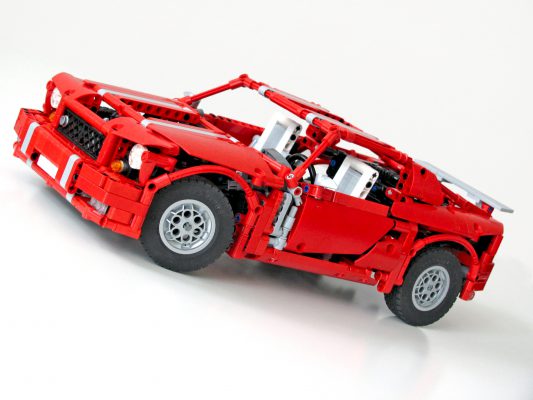 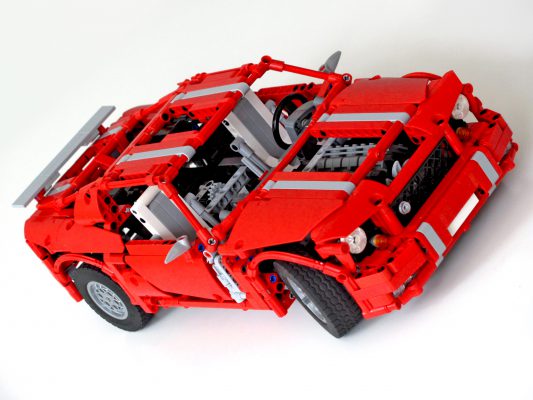 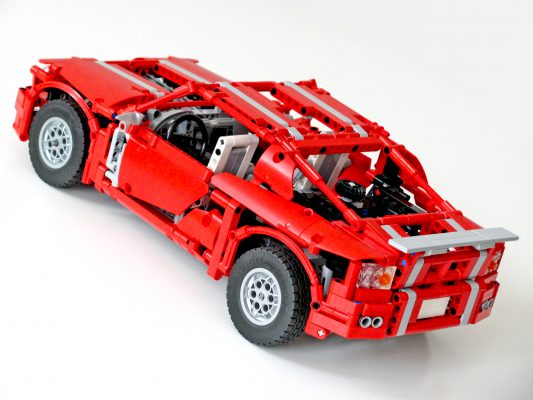 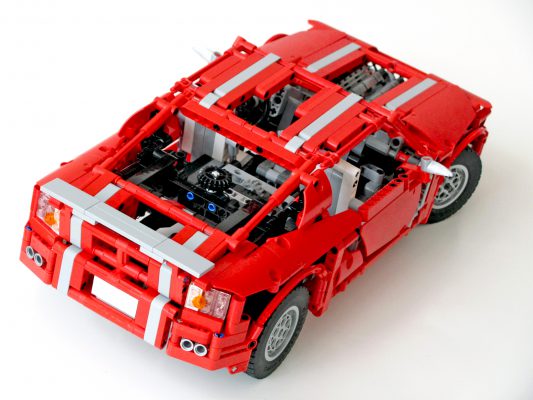 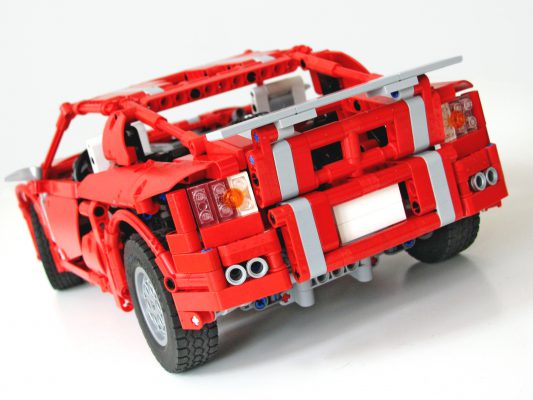 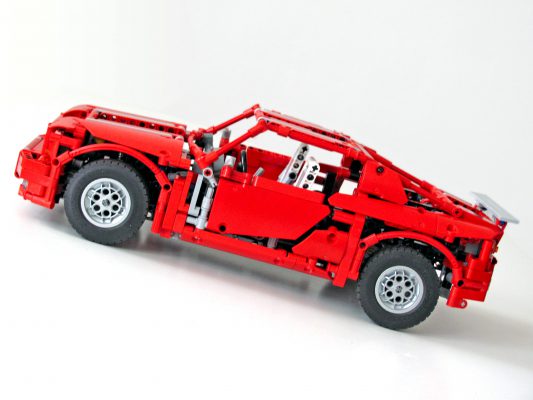 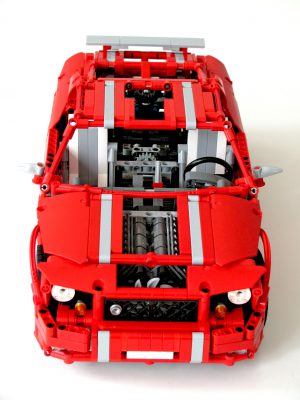 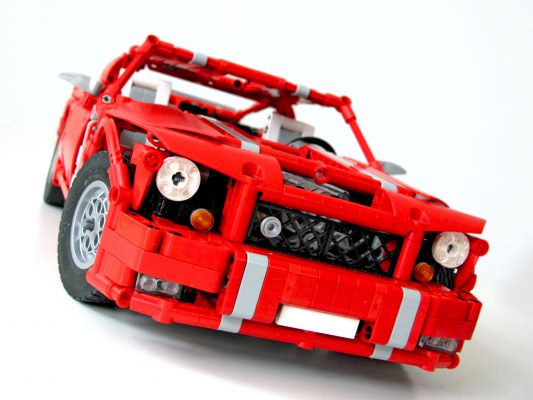 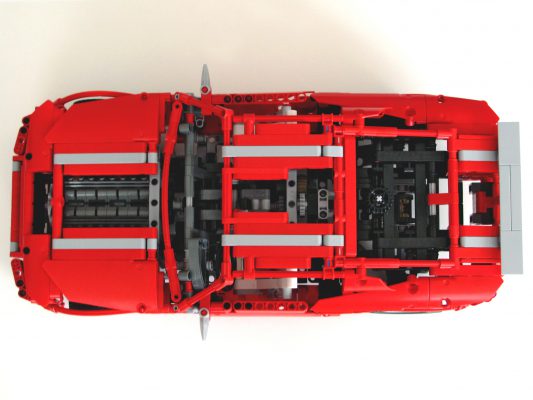 And a final picture showing both red and black together. 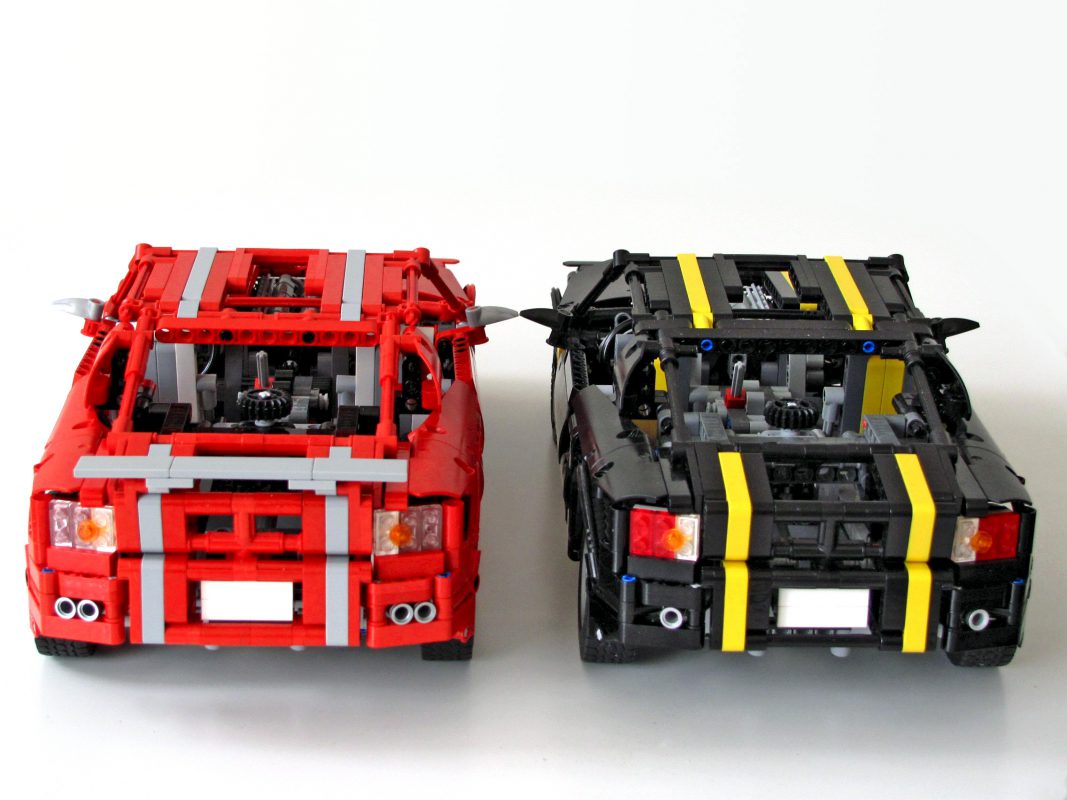