After turning the 10242 Mini Cooper into a formula racer, it was now time to do the same with set 10248. One of the most important things is to have a solid base to work from, and therefore just like 10242 it all started with a Technic framework, a pair of rails that connect the rear wheels with the front wheels. The challenge was to keep things in proportion and leveled, without jeopardizing the construction. Once there was a rigid chassis the sculpting could begin.

This started with the monocoque where the nose section had to smoothly transition to the sidepods. It is namely essential that this part is done right with convincing proportions. This required some SNOT (Studs not on top) work, also to cover up some of the Technic construction that had previously many holes exposed. Ofcourse the sidepods had to blend in with the chassis again at the rear end, so some curved elements were used to achieve this.

Once the overall body shape was getting there it was time to work on the front spoiler. Connecting the front wing with the nose in a satisfying was actually harder than it seems. Now that the front section was  complete, the build continued with the engine cover with air intake. Although some parts were already set aside for this section, it still took a while to get the shape right also considering that I wanted the central fin to be only 1 stud wide with a single exhaust pipe at the end.

The last section to design before completing the model was the rear wing. This was constructed in a similar way as the front wing. They are the weakest parts of the model, but the same is true for real formula racers, where wing plates are often the first thing to break. The rest of the model though is very solid, even before some elements for extra reiforcement were included. But this finetuning is something well worth the extra effort, to really make the model as good as it can be. Ok, enough chattering, time for photos of the final product! 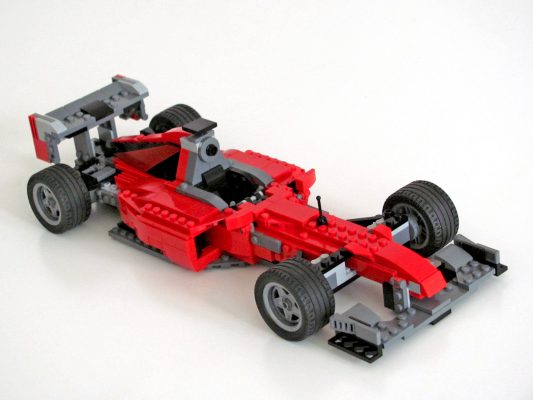 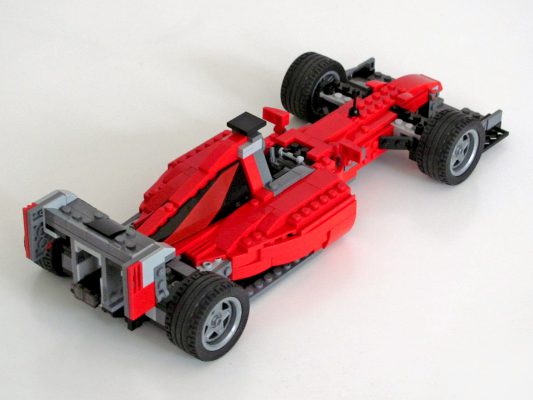 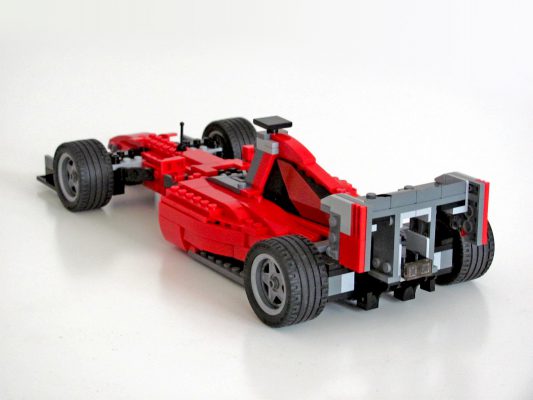 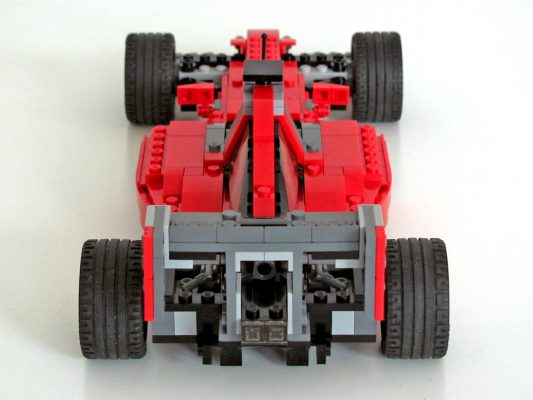 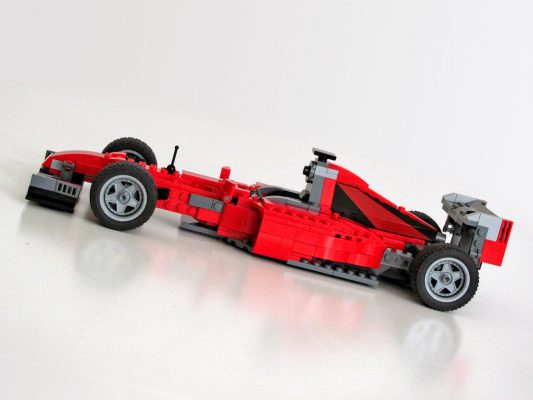 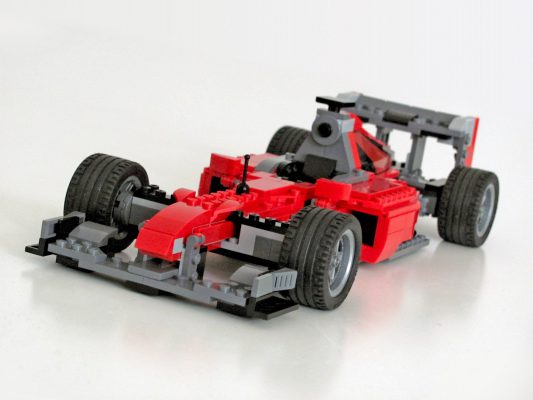 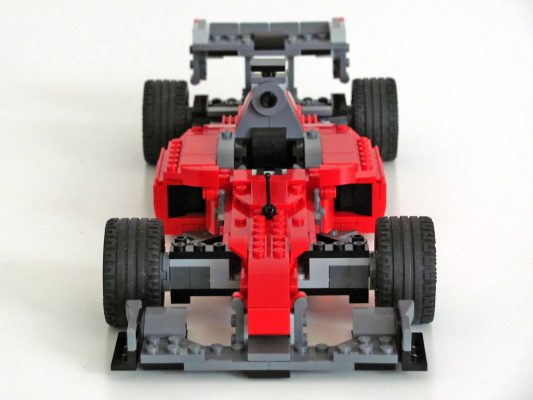 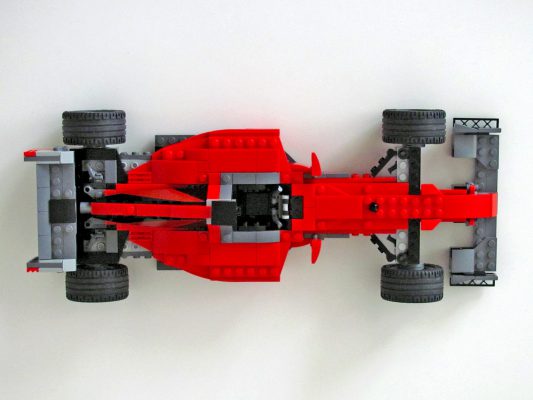 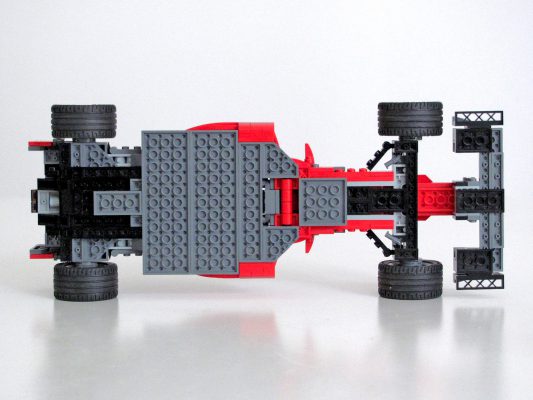 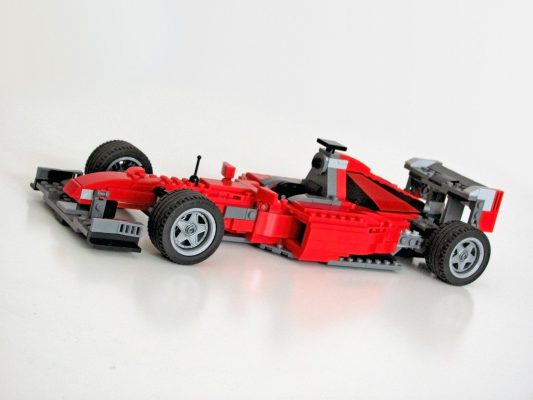 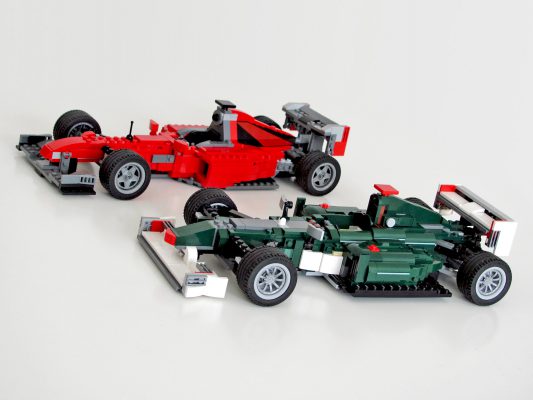 Detailed Building Instructions are available at Rebrickable for a small fee (Link).